In recent years, several countries have taken measures to reduce carbon emissions, including instituting environmental regulations, emissions trading systems (ETS), and carbon taxes. In 1990, Finland was the world’s first country to introduce a carbon tax. Since then, 19 European countries have followed, implementing carbon taxes that range from less than €1 per metric ton of carbon emissions in Poland and Ukraine to more than €100 in Sweden, Liechtenstein, and Switzerland. 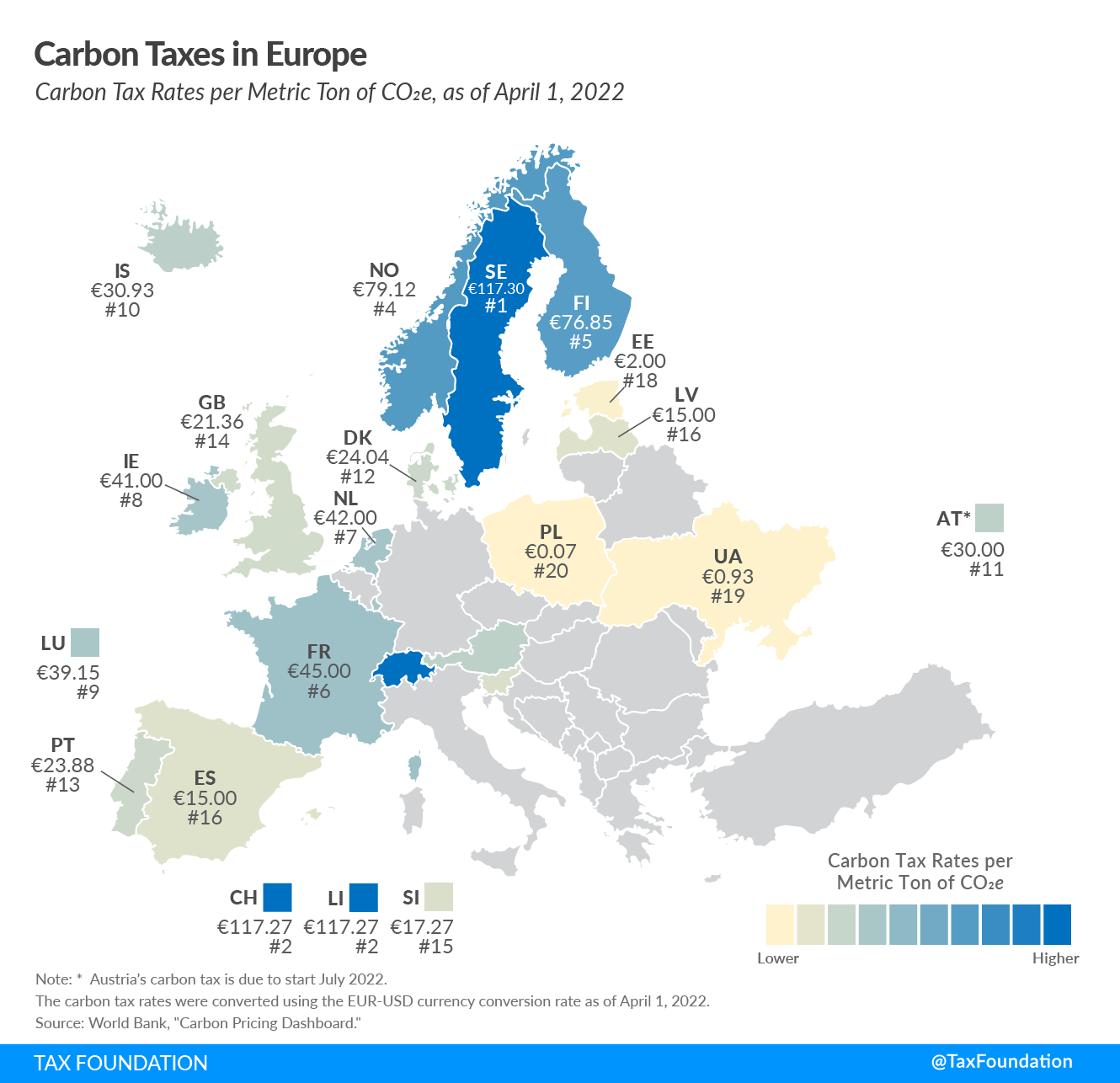 All member states of the European Union (plus Iceland, Liechtenstein, and Norway) are part of the EU Emissions Trading System (EU ETS), a market created to trade a capped number of greenhouse gas emission allowances. With the exception of Switzerland, Ukraine, and the United Kingdom, all European countries that levy a carbon tax are also part of the EU ETS. (Switzerland has its own emissions trading system, which is tied to the EU ETS since January 2020. Following Brexit, the UK implemented its own UK ETS as of January 2021.)

Several European countries are considering or have announced the implementation of a carbon tax or an ETS. For example, Austria’s carbon tax is due to start in July 2022.